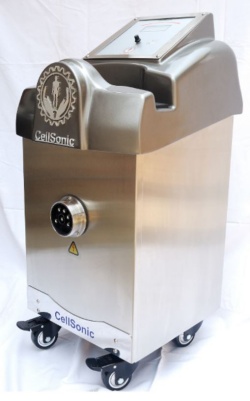 Now available at the Budwig Center, Cell Sonic therapy that reverses the polarity of cancer and diseased cells to act as healthy normal cells and/or cause apoptosis (death to cancer cell) without any drugs, pain, or invasive treatments or harsh side-effects.

Cell Sonic therapy when combined with the Dr. Budwig protocol is producing results both heartwarming and spectacular!  Under the heading “Success Stories” read about:

What Is Cell Sonic Therapy?

Our body is “electric”, and each cell has a positive and a negative charge, just like a battery.Tests show that healthy cells have a membrane potential of about -60 to –100mV as opposed to -15mv in cancer cells.

In addition, healthy cells spin energetically to the RIGHT but diseased unhealthy cancer cells spin to the LEFT. 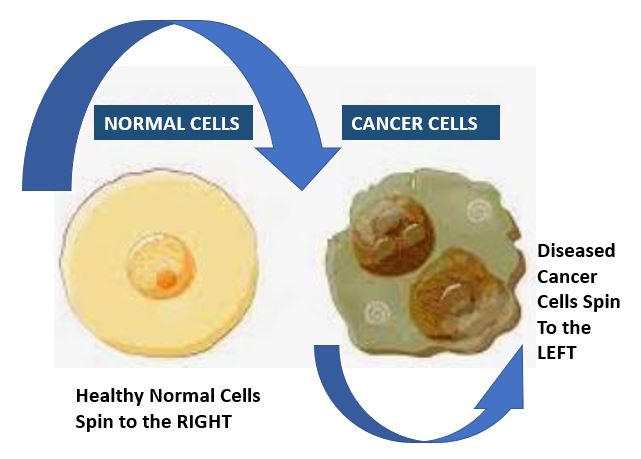 From a scientific point of view, cancer is a developmental disorder of cell regulation, where there is a loss of the organizational capacity of the surrounding environment. 1

There is also a weakening of the electrical charge of diseased cells, due to parasites and chemical toxins in our food, air, and water. An improper diet of refined vegetable oils (as in deep fried foods) processed and refined sugary foods cause a powerful negative impact on the cells and vastly weaken the immune system. Strong negative emotional turmoil was also found to be a contributing factor in the case of people with cancer. Now it is predicted that 1 in 3 Americans alone will develop cancer over the next few years.

These discoveries led to the creation of Cell Sonic Therapy.

The Cell Sonic therapy device switches the electrical polarity of the cells back to the correct alignment. Then, when cells replicate, instead of copying mutant rogue cancer cells, the cells replicate themselves correctly. Cancer cells that are too damaged, will now act like normal cells and die off and be discarded from the body naturally. Every day, more than 50 billion cells die in our bodies to be replaced with new healthy cells. Cancer cells, unlike the normal cells in our bodies, can grow forever. Cancer cell “immortality” leads to massive tumors, metastatic spread, and potentially re-emergence.  This needs to be stopped.  The electrical properties of cancer cells are the clue to this successful Cell Sonic treatment.

Several hundreds of cancer patients have been treated naturally and regained their health with Cell Sonic treatments along with other supportive therapies.  Professionals who use the device in harmony with the correct protocol, claim they have success with all types of cancer in all areas of the body and in a very short time!

However, to achieve this high success rate, additional supportive therapies are required. Cancer patients must adopt a vegetarian type food plan, which is what the Budwig protocol encourages. The immune system needs to be enhanced.  Negative emotional trauma also must be neutralized. Dental issues, such as root canals, amalgam fillings, gum infections, etc., also need to be considered.  The Budwig Center has therapies in place to effectively help in all these areas.  Our approach is very personalized and holistic.

Patients who have undergone chemotherapy need to wait 2 to 4 weeks before a Cell Sonic treatment, during which time they are encouraged to do various things to assist their body to eliminate toxins. Specific exercises, herbal formulas, saunas to increase sweat, and also coffee enemas are all modalities that accelerate the detoxification.  If a patient chooses to do chemotherapy, it best to be done after Cell Sonic treatments and not before.

The Budwig Center also recommends specific natural plant-based supplements that speed up the detoxification process and boost the immune system.

Cell Sonic Therapy Clinical Reports and Testimonials
[Please note, this device has not yet received FDA approval for use in the USA; therefore, all the clinical studies have been carried out in other countries.]

A Mumbai medical team carried out cancer treatments on many patients with outstanding results using Cell Electrohydraulic therapy.  They found that by the third day, the patients noted dramatically increased wellness.

Treatments using the same protocol were done in Peru, Germany, Spain, Switzerland, and Mexico, all with the same successful results over a broad range of cancers, including brain tumors.

Feb 26, 2020 came to Budwig Center for Cell Electrohydraulic  sessions.  Cancer markers CA125 dropped from 566 to 348 which is 218 units lower after one short session over the stomach only and one complete session over all the major organs and spinal column.

Translation: The Oncologist that we saw yesterday examined the stomach tumor and stated that it is smaller and not as hard as before, but softer. He said he had never heard of hyperthermia nor CEH and the other treatments”

The Budwig Center has given Dolores the Budwig dietary recommendations and some specific anti-cancer remedies and she will return in 2 months for more treatment. 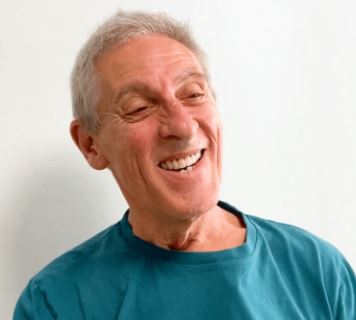 Started treatment at the Budwig Center Feb 24, 2020 and received 2 sessions of Cell Sonic over the prostate, as well as all the major organs and spinal column.

PSA dropped from 15 to 12,6 after just 2 weeks.  Colin will continue now on the full Budwig protocol and normally when cancer markers start to go down if the patients stays on the Budwig plan they continue to decrease until cancer no longer shows up on the tests. Clinical bio resonance tests also show remarkable improvements

Report From Dr. Dario Of Peru 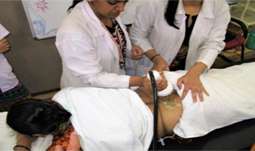 In Peru, Dr. Dario Rodriguez was sent a female patient with cancer of the spine. She arrived at the clinic in a wheelchair. After completing a treatment plan performed by Dr. Rodriguez, she reportedly left the clinic walking. Her treatment finished over a year ago, and apparently, she considers herself cured, is out of pain, and has not sought further medical help.

Report on Prostate Cancer from Dr. Aleksandrow Todzki
Dr. Todzki states: “First patient Mr. S, age 65, had a problem with urinary incontinence in the night and also difficulty with urination, he felt burning. This patient didn’t undergo chemo or radiation. We started with the first treatment on the 24th of June 2019 on Monday. The second treatment was on Wednesday, the 26th of June. The patient reported that he felt a difference. He stated he no longer felt burning when urinating. The third treatment was on Friday, the 28th of June. The patient noted that his night urinary incontinence ceased. After the third treatment, after two weeks, the patient decided to do blood tests and ultrasonography. These confirmed his increased health and also observed that the tumor is getting smaller. At the end of August, the patient repeated tests, blood, and ultrasonography. The tests continued to display positive results, and ultrasonography confirmed that the tumor is much smaller.

The second patient Mr. A, age 68, had prostate cancer, but he had no accompanying symptoms. He learned about the disease only two weeks before undergoing Cell Sonic therapy. He did not undergo any chemo or radiation. His treatment was at precisely the same time as the previous patient. He felt nothing during the procedure and did not believe in its success. But his tests later confirmed the treatments success.

As also with the previous patient, Mr. A repeated the tests at the end of August. Ultrasound showed that the tumor was much smaller, and the blood test continued to confirm the treatment a success. 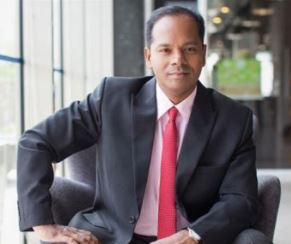 Prostate Cancer Patient Amir Hossain from Bangladesh
“I have come here to India in Mumbai to take treatment of my prostate cancer. Actually, four months ago, suddenly, when I woke up in the morning, I saw my left lower limb is swollen, and for that, I went to the doctors.

After some pathological tests and investigations, the doctors confirmed that I had prostate cancer with metastases to the bones, specifically the spine.

After having some treatment in Dhaka, then I thought I would take my treatment using the Cell Sonic therapy machine. Accordingly, I came here, and I got treated, and I had five to six sessions here in Mumbai. As for today, I feel much better, and my pathological report also says that my condition is far better than before.  This is what I want to tell all of you that truly Cell Electrohydraulic therapy is really amazing.”