At the Budwig Center, we have thermography equipment not only for detecting cancer of the breast but to evaluate the level of inflammation in any area of the body of our patients. In addition to detecting cancer, thermography imaging can detect fibrocystic conditions, infections, allergies, and even cardiovascular diseases that affect the arteries.

The reason we use this equipment is that thermography is considered state-of-the-art, and potentially lifesaving, method of detecting cancer by using thermal imaging. Even though this is some controversy surrounding thermography, the technology used to perform thermograms is considered by many experts as one of the most reliable for risk assessment and detection.

In fact, the Breast Thermography website calls the thermography procedure “one of the most important adjunctive breast imaging procedures available today.” 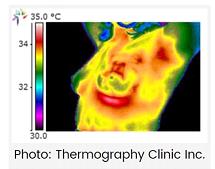 Infrared thermography uses the technique of converting infrared energy (radiant heat) into an image that can be seen. The use of infrared digital imaging (thermography) is based on the principle that metabolic activity and vascular circulation in precancerous tissues and areas surrounding developing cancer are almost always higher than in normal tissues. The results of the thermography can be correct 8–10 years before a mammogram can detect a mass in the body of the patient.

The sooner cancer can be detected the better chance we have of reversing it using the Budwig diet and protocol. In fact, it is estimated that up to 95% of breast cancer cases could be successfully treated when found in their earlier stages.

For various reasons women are looking for a viable alternative to mammograms and thus thermography is becoming very popular.

It only takes about 15 minutes and there is no radiation, painful compression, and no physical contact involved in the test.

And because doctors don’t typically order mammograms for women under the age of 40, and especially so if they have no family history of cancer, it seems obvious that many women find out only when the cancer is fairly advanced.

In conjunction with thermography, we use our GSR testing system, at the Budwig natural alternative cancer clinic, which also gives us several parameters to determine cancerous activity.

Another important thing we mention at the Budwig Center is for women to stop using the standard bra. In a landmark study of 152 participants, the risk factors for breast cancer and bra-wearing habits were conducted. The study concluded: “wearing a bra for a long period of time was a significant risk factor for breast cancer, which is in agreement with a previous study that found that premenopausal women who did not wear a bra had half the risk of developing the disease compared to those who wore it”. 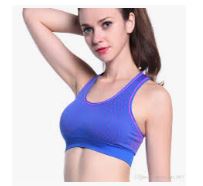 Why is this the case? Traditional bras often have hard wires or stiff plastic under the cups that press into the body it restricts the natural movement of the lymphatic system, which is the “rubbish disposal” system of the body.

Since treating cancer at the Budwig Center since 2001, we have found that one of the main causes is toxins. Therefore, when toxins accumulate in the lymph system and are trapped in the fatty tissue areas of the breast, this could be a precursor to breast cancer.

We encourage all women of all ages with cancer or not, to quickly discard the standard bra and use only a “sports” bra that does not restrict the natural movement of the breasts. In choosing a sport type bra, look for one made of natural fibers that do not have toxic materials.