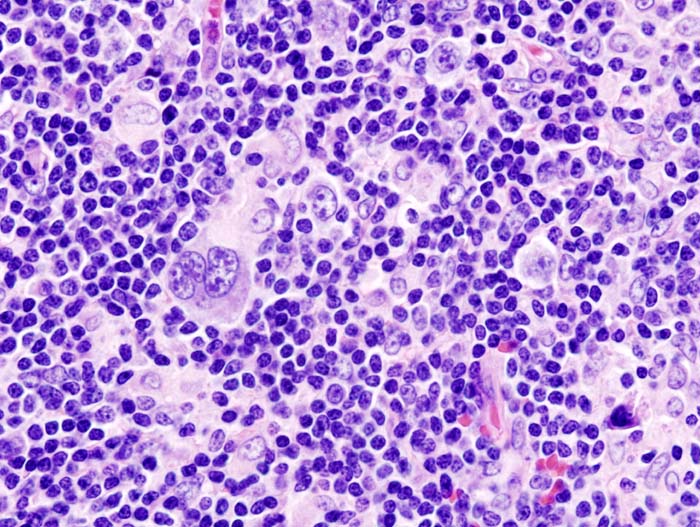 What is Multiple Myeloma?

Multiple Myeloma, also known as Myeloma, is a type of bone marrow cancer. Myeloma can affect many areas around the body, although the most commonly affected areas include the spine, skull, pelvis, and ribs. When cancer attacks more than one area it is known as Multiple Myeloma.

Cancer originates in plasma cells called Lymphocytes. These cells are a type of white blood cell made in bone marrow which is the spongy material you see in the centre of large bones in the body. Normally plasma cells form part of the immune system and stave off infection. When the cells are abnormal they multiply rapidly and produce an antibody known as paraprotein. Rather than forming a tumor, myeloma causes the diseased cells to divide and expand within the bone marrow which then affects how the healthy blood cells are produced.

Myeloma is a type of relapsing-remitting cancer. At certain times patients will have symptoms or complications requiring treatment, and at other times there will be periods of remission and no need for treatment.

What are the Signs and Symptoms of Myeloma?

Myeloma may not cause any symptoms in the early stages of the disease, although it is possible that a routine blood test or a urine test could pick up an issue before diagnosis. Eventually, a range of symptoms may well manifest themselves and these can include:

Causes and Risk Factors for Myeloma

The exact cause of Multiple Myeloma is unknown, however, experts have identified a number of potential causes and risk factors that may contribute to the disease. The most important factor is that Multiple Myeloma is closely linked with a condition known as monoclonal gammopathy of unknown significance (MGUS), where a person has an excess number of protein molecules called immunoglobulins in their blood. There are no symptoms for MGUS and the condition does not warrant treatment. However, in almost all cases, Multiple Myeloma occurs in someone who previously had MGUS.

The figures below give an indication of the number of patients that lived for at least 5 years after being diagnosed with Multiple Myeloma.

Anxiety, Depression, and Stress – Managing The Trials of Life