Curcumin: One of the World’s Most Amazing Herbs 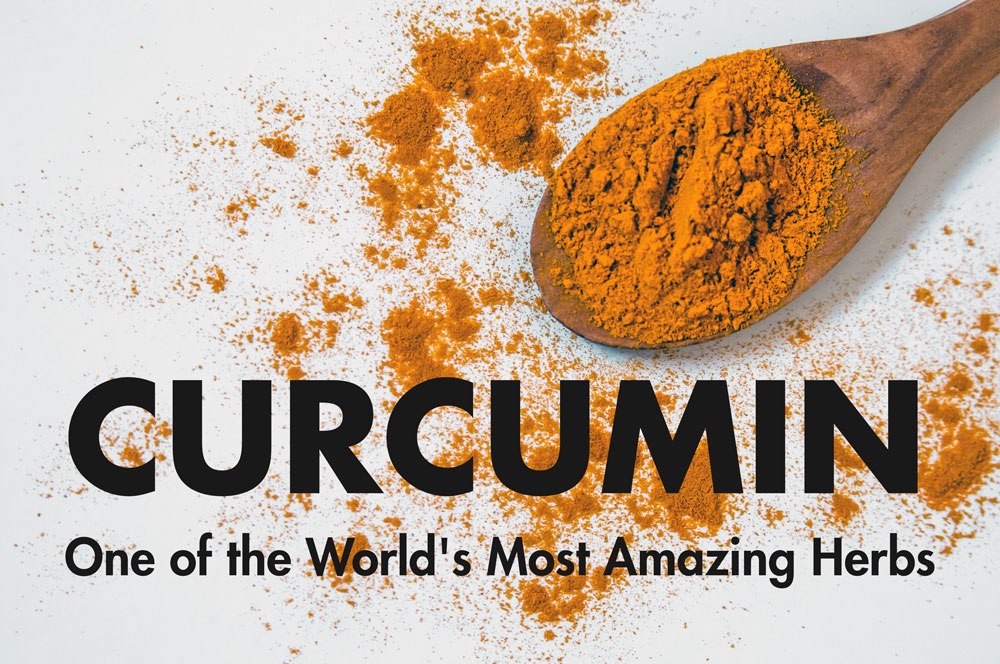 Curcumin or Turmeric has been consumed by man for thousands of years and there seems to be no end to the number of articles and books talking about the wonderful benefits derived from this herb.1

Over 50 clinical studies have confirmed all the different ways that this natural herb can help us.2

At the Budwig Center cancer clinic, we have found that adding curcumin to your diet is very helpful when diagnosed with various types of cancer such as breast, prostate, bowel, and stomach.

Who else could benefit from this natural herb? Studies indicate that curcumin is a powerful weapon against allergies, diabetes, and arthritis. It even improves symptoms of benign prostatic hyperplasia (BPH) and can help cut your chances of developing gallstones.  Taken in recommended doses and in conjunction with other effective natural remedies and therapies. It can also help to reduce pain. 3

Regular Curcumin does not dissolve in water and cannot be absorbed efficiently into the bloodstream; therefore, it is of very little benefit medically when using it in food.

Certain European laboratories have produced Curcuma which is unique in that it becomes 100% bio-available. This is a major breakthrough in health restoration.

Once consumed, Curcuma begins working around the clock renewing and repairing the cells, enhancing the immune system, as well as recharging energy levels. It is an indispensable product for disease prevention and the recovery of our health. Curcuma is very effective for people suffering from brain cancer because very few anti-cancer remedies can pass the brain barrier.

Curcuma can help with pain

A man named Peter shared his experience with the Budwig Center, he reported that he was taking painkillers for some 10 years and eventually resorted to morphine to deal with the severe pain.  He began taking Curcuma 100 and explained that after just 3 days his pain levels reduced drastically, he now only suffers from very mild pain periodically.

Short-term inflammation is a necessary function of the body that controls harmful pathogens. However, when it becomes chronic (long-term) the body starts to attack itself, thus causing a host of health problems. It is now believed that many of the chronic diseases common in the west such as heart disease, cancer, metabolic syndrome, Alzheimer’s and various degenerative conditions are due to long-term inflammation.

The good news is that curcumin is a strong anti-inflammatory and, in many cases, can even match the effectiveness of some anti-inflammatory drugs. In several studies, its potency has been compared favorably to anti-inflammatory pharmaceutical drugs except without the side effects. Curcumin blocks NF-kB, a molecule that travels into the nuclei of cells and turns on genes related to inflammation. NF-kB is believed to play a major role in many chronic diseases. 5

Curcuma Increases the Antioxidant Capacity of the Body

Although cancer is on the rise, heart disease is still the biggest killer in the world. There are many things that contribute to heart disease and once again curcumin may help reverse some of these contributing factors. According to research carried out by Healthline.com, “Curcumin helps to improve the functioning of the endothelium, which is the lining of the blood vessels. Endothelial dysfunction is a major driver of heart disease and involves an inability of the endothelium to regulate blood pressure, blood clotting and various other factors”. 7

We know exercise is good for maintaining a healthy heart and interestingly one study shows that curcumin is as effective as exercise. Also, another study showed that it works as well as the drug Atorvastatin. 8

Just to emphasize this, a study involving 121 participants who were undergoing coronary artery bypass surgery were split into groups. A few days before the surgery one group was administered 4 grams of curcumin and the other a placebo. The risk of experiencing a heart attack in the hospital was decreased by 65% for those who were part of the curcumin group. 9

In a study of patients with rheumatoid arthritis, curcumin was even more effective than an anti-inflammatory drug. There are several different types of Arthritis, but most involve some sort of inflammation of the joints. Several studies have shown the tangible benefits curcumin has in treating arthritis without any of the harmful side-effects of drugs. 11

Another added bonus is that curcumin can boost the brain neurotransmitters serotonin and dopamine which make us feel good.  In a controlled trial, 60 patients were randomized into three groups.

Group no. 1 took Prozac, group no. 2 took a gram of curcumin and group no. 3 took both Prozac and curcumin. After 6 weeks, curcumin had led to improvements that were similar to Prozac. The best results were achieved by the groups no. 2 and 3. So according to this study, curcumin is as effective as an antidepressant. 12

Curcumin Enhances Neurogenesis and Cognition in Aged Rats.  This is possibly due to the fact that curcumin helps prevent major illnesses that are very common as we age, such as heart disease, cancer and Alzheimer’s, it’s a very popular anti-aging supplement. In fact, curcumin may have effects that go way beyond just prevention of disease. 13

IMPORTANT: Although Curcuma has some impressive results, always keep in mind that when treating cancer there does not exist any single remedy. Curcuma should always be used in conjunction with the full Dr. Budwig anti-cancer program for the best and fastest results.

In order to determine whether Curcuma would be effective in each individual case, here at the Budwig Center, every time we perform a Vega test and GSR scan, we test the body’s response to this product as well as many others and only provide the remedy that we work best in each case.