Is Your Mobile Phone Harming You? 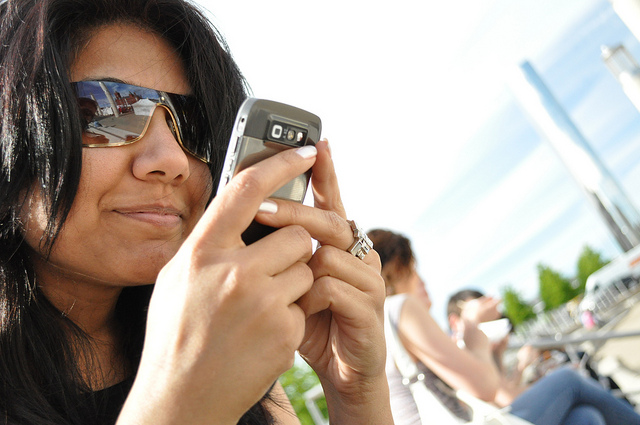 Mobile phones are everywhere. According to recent estimates, there are now over 8.97 Billion mobile connections worldwide. 66.53% of the world’s population are now unique mobile subscribers. The International Agency for Research on Cancer has officially classified mobile phones as potentially carcinogenic to humans.

Are you concerned about the health risks associated with mobile phone usage?

If you are, then you may want to read on to find out how your device may potentially be harming your health.

It’s hard to imagine the world in which we live without technology. Our devices have become an almost integral part of our lives.

PC’s, laptops, tablets, and smartphones keep us wired to a global mainframe of websites, social media, and other virtual hubs. At the click of a button, we can be served with the answer to any question or speak to someone on the other side of the world.

We use our mobile devices for a vast array of activities. Entertainment, listening to music, playing games, reading the news, and connecting with friends and family.

We check them first thing in the morning and the last thing at night. It’s our companion when we waiting for the bus or while walking. It’s even likely that we’ve been caught using it during business meetings or while we were supposed to be listening in conversation.

Years ago, the credit card company, American Express had the slogan, “Don’t leave home without it.” The same can now be said of most of us when it comes to our mobile phones.

Research has suggested that in the United States, four in every ten homes are now “cell-phone-only” and do not have access to a landline.

So, what’s the problem? In a word, RADIATION.

EMR or ElectroMagnetic Radiation is an umbrella term used to describe different forms of radiation. The two primary types of electromagnetic radiation come from Radio Frequency waves (RF) and Microwaves (MW), which are transmitted at different frequencies, ranging from 100 kHz to 300 GHz.

An EMF or ElectroMagnetic Field is a physical field that is produced by an electrically charged object. EMF’s are invisible to the naked eye. The higher the voltage, the stronger the magnetic field will be.

In 2012, there were around 256,000 new cases of brain cancers globally. Although it is impossible to say how many of these were due to some form of exposure to radiation, it’s safe to say that at very least, radiation played a part in a percentage of them.

When we are exposed to different forms of radiation, our skin potentially absorbs the radiation. Which, in turn, can heat the tissue and lead to cell DNA damage.

Several studies have been done over the years by scientists world over. However, many say that low levels of Radiofrequency radiation do not have the potential to cause any damage. Unfortunately, many of these studies have been undertaken by organizations which have been financed by the communications companies, who of course, have a vested interest.

So although studies have been somewhat inconclusive, do you personally want to take the risk?

And it’s not just the physical danger of using a mobile device. Other non-direct health hazards may also arise if used too often or at the wrong time.

Just a few of the possible health hazards associated with mobile phone usage are:

In 2011, the International Agency for Research on Cancer (IARC) categorized radiofrequency electromagnetic radiation as “possibly carcinogenic to humans” with an increased risk of Glioma brain cancer. 3

It was classified under Group 2B, meaning that there could be some risk although research had been unable to ascertain precisely how much.

Of course, we’re not suggesting that you should stop using your mobile phone altogether. Instead, educate yourself on the possible long-term health dangers associated with incorrect usage.

Use the Speakerphone or Hands-Free Accessory

If you have to use your phone,  why not use a wired hands-free accessory. You can also make use of the built-in speakerphone functionality that most mobile phones offer. Try to make sure that you keep the phone at least 30 cm away from your head when in use to reduce exposure.

Don’t Carry Your Phone in Your Front Pockets

Some studies have suggested that men who carry their mobile phones in their front pockets may be harming their sexual health. It is thought that the radiation from mobile phones may potentially lower sperm count by up to 30%. 2

Remove it from the Bedroom

To avoid digital insomnia, make sure you remove your phone from your bedroom at night. Not only will you avoid any unwanted notifications, but you won’t be tempted to fiddle with it before sleeping.

Only Use It When You Have a Good Signal

When mobile phones have a weak signal or are a long way away from a cell station, they use a lot more energy. Which, in turn, increases the emitted radiation. So where possible, make sure you have a good signal before making a call.

Reduce Your Call Time or Text Instead

If you have to make a call, try to reduce the time you spend on the call or if possible, send a text message instead.

Keep Away from Young Children

Because the skull of a young child takes several years to develop fully, they are far more at risk from radiation. Why not buy them a toy one mobile phone that they can play with until they are a little older?

Put down Your Phone When Driving

You may be surprised to hear that approximately 28% of motor vehicle accidents are caused by mobile phone usage while driving. 5 It’s hard to believe that there are so many people out there who still do this. Missing a call is not life-threatening. Driving while using your phone most definitely is!

Check The SAR Rating Of Your Device

SAR stands for Specific Absorption Rate and is used to indicate the maximum power of a mobile phone and the rate in which the human body absorbs RF energy. 4

Although it is handy to know the individual SAR rating for a phone, it’s essential to understand that it does not tell you exactly how much the body will absorb RF energy during typical phone usage. However, this should only be used as a guide to determine the potential maximum absorption rate of the device.

By law, cell phone manufacturers have to provide the SAR rate within their literature.

Regardless of the SAR rating, if you safely use your mobile phone and use the tips outlined above, you should be able to reduce your radiation exposure dramatically.

Key Takeaways from This Article

How To Cope With The Lockdown – 10 Tips

How To Make Your Own Natural Vitamin C

Lifestyle and Diet Changes to Improve Health and Wellness

Calcium Supplements – Why The Budwig Food Plan Is Better and Safer