Cayenne Pepper is a vegetable that belongs to the group of Peppers known as Capsicums. They are more commonly referred to as Chilli Peppers. Most foodies will be well aware of Cayenne pepper (or chilies) and will either love or hate them, depending on whether or not they like spicy food. But what many people may not know is that Cayenne Pepper is also great health food.

Where the Name Comes From 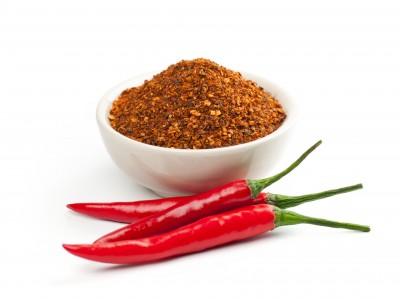 Cayenne Pepper takes the name Cayenne from one of the towns where it is grown in French Guiana, South America. It is also grown in many other countries around the world, including Mediterranean countries.

Where Chillies get their Heat From

Used for adding heat and spice too many flavorsome food dishes, Chilli Peppers get their heat from one of the substances they contain known as Capsaicin. This substance has been the subject of much recent research into its ability to be able to help to reduce pain, its usefulness in being able to help to prevent ulcers from forming, and its benefits to the human cardiovascular system.

It is also able to open and drain the nasal passages, as many spicy curry lovers can testify from the runny nose effect they get when tucking into Madras or Vindaloo. In actual fact, Capsaicin is similar to one of the compounds found in many cold and flu remedies. Next time you fall foul of a cold, try making a tea infused with Cayenne; you’ll be surprised at how well it works to clear stuffiness and congestion!

Cayenne Peppers contain a strong concentration of Vitamin A, and Beta Carotene, a particularly powerful antioxidant. Antioxidants are known for their ability to destroy free radicals, which have been linked as a cause of cell damage that is responsible for causing various conditions including atherosclerosis, colon tumors, and heart disease.

Beta Carotene has another trick up its sleeve. It is also something that the human body system can convert into more Vitamin A. One of the reasons that Vitamin A is so beneficial is the fact that it promotes healthy epithelial tissue growth; these are the tissues which line various tracts within our bodies, including the gastrointestinal, the respiratory, and the reproductive.

In addition to Vitamin A and Beta Carotene, Cayenne Peppers also contain Potassium, Calcium, and Vitamins E and C. All of these essential vitamins, minerals, and nutrients provide many health benefits, some of which are listed below. 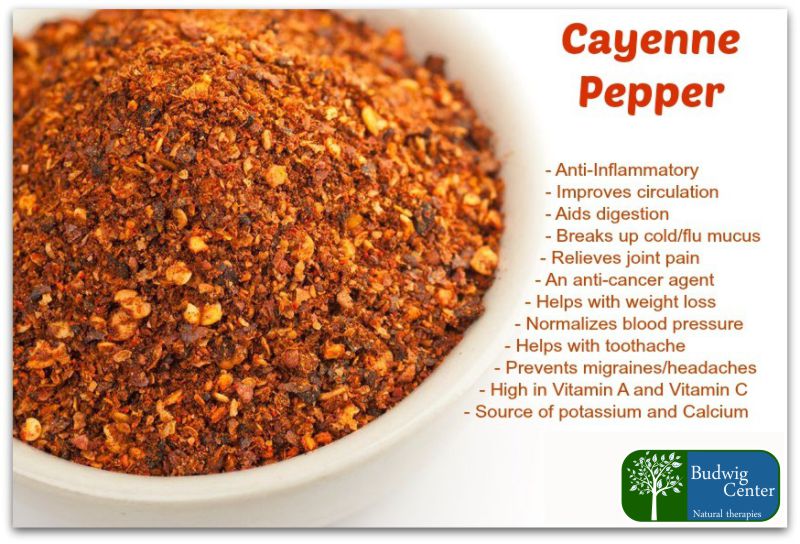 An Aid to the Cardiovascular System

These little red chilies can dissolve the plaque that builds up in many people’s arteries. They also supply vital nutrients that are beneficial to the heart, can increase the temperature of the human body, and can also thin your blood, thereby improving circulation. Cayenne Peppers help to prevent blood clots from forming, which in turn helps to stave off the threat of heart attack and stroke. They also facilitate the removal of harmful toxins and support blood cell growth.

Capsaicin can also be used to relieve the pain that is caused by nerve fiber disorders. This includes conditions such as arthritis, and neuropathy, whereby damage occurs to nerve endings a condition often associated with Diabetes.

Amongst its repertoire, Capsaicin also has the ability to act as an anti-inflammatory agent another reason that enables it to lessen arthritic pain. In recent laboratory tests carried out on mice that were given a substance to induce arthritis, a course of Capsaicin that was administered substantially delayed the onset of arthritis and significantly lessened the amount of paw inflammation.

Cayenne Peppers are also associated with being able to reduce migraine, and cluster headache pain. One school of thought relates this to pain transference. When taken topically (applied to the skin), Cayenne Pepper induces a side effect by way of a burning sensation at the area to which it has been applied. This may sidetrack the brain into concentrating momentarily of the new pain sensation. When the brain subsequently â€œremembersâ€ the original headache pain, this pain is reduced because the sidetracking effect results in less substance being present at the original location substance â€œPâ€ is the human body’s pain chemical.

Other Medical Benefits of Cayenne Pepper

Cayenne Pepper, whether in vegetable form, dried powder form, or topical ointment form, has a myriad of other health benefits to offer too. They include:

This little red chili really is one of life’s super healthy foods!